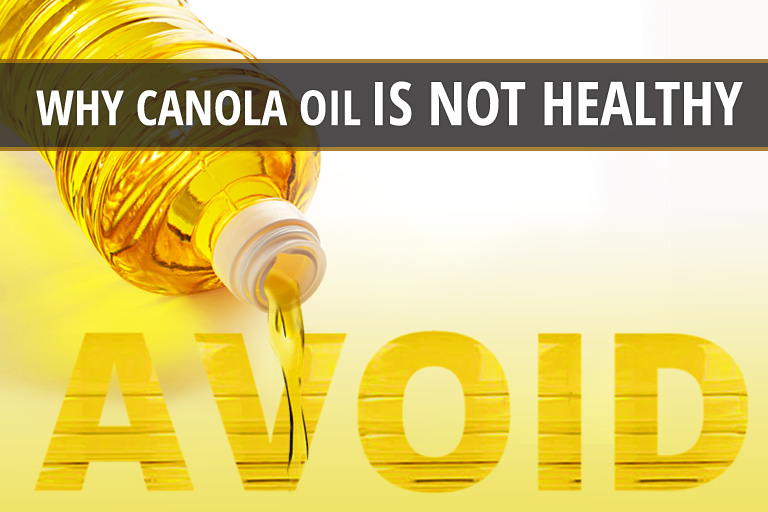 Can a “health food” eaten by millions really be dangerous?

Canola oil and its derivative, rapeseed, are primary suspects for the exceptionally high incidence of Asian lung cancer.

According to mainstream media though, canola oil is “good for the heart” offering viable monounsaturated fats similar to olive oil. Sadly, much of what we hear in the mainstream media and various “health” blogs has been influenced by aggressive marketing tactics of big food companies.

For this reason, it is critical to know what websites to avoid and where you can go to get trustworthy and accurate health information.

In order to understand how canola oil came into the marketplace, some historical background is needed.

A Bit of History on Canola Oil

We can trace olive oil back to olives and sesame seed oil back to sesame seeds, so wouldn’t it make sense that canola oil would come from canola seeds? Well, it’s not the case. There is no natural canola plant that produces canola oil.

In the late 1960s canola oil was invented in Canada. The oil was cheap to manufacture and a dominant ingredient in many processed foods. A derivative of the rapeseed plant, which is part of the mustard family of plants, canola oil has been hybridized to eliminate the lethal erucic acid found in rapeseed.

Olive oil was the product of choice among those who were health conscious; however, it was quite expensive to mass produce. So the food industry, needing a more affordable substitute, started selling rapeseed oil. Unfortunately, the rapeseed oil caused muscular heart lesions.

The erucic acid found in rapeseed oil is naturally poisonous to the degree that insects avoid it. Rapeseed oil is also the source of the notorious chemical warfare agent, mustard gas. The US banned rapeseed in 1956 when thousands of soldiers and civilians experienced blistered lungs and skin. Rapeseed oil also lubricated steam engines and ships due to its unique ability to adhere to wet metal.

In 1964, the food industry collaborated with both the chemical and nuclear industries in an attempt to reduce the toxicity levels of rapeseed. It took the food industry over a decade and a tremendous amount of genetic engineering to get rapeseed oil to be acceptable to the US market.

The name was changed to LEAR: Low Eruric Acid Rapeseed. LEAR was not well received in the US as its association with rapeseed was too glaring. Not to mention having the word “rape” in a product name, which did not promote a healthy image.

The Impact of Canola on the Food Industry

Prior to the late 1970s, the food oil industry collaborated with the American Heart Association, departments of nutrition at major universities and numerous government agencies to advocate polyunsaturated oils as being heart healthy. This was in contrast to the false hardening of the arteries effect of saturated fats.

However, by the late 1970s/early 80s, the cooking oil industry in North America had a huge dilemma. The consumption of polyunsaturated oils – corn and soybean oils in particular – were directly connected to numerous inflammatory health complications: namely cancer and heart disease.

Subsequently, as a result of this problem, the food industry had to discontinue using large volumes of polyunsaturated oils and no longer made claims of the oils being healthy.

Furthermore, manufacturers would not resume the use of traditional “healthy” saturated fats – butter, lard, tallow, palm oil and coconut oil mainly due to their narrow profit margins.

During the early 1980s canola oil began an initial marketing campaign in the United States. In order to receive a full green light to move forward, the oil needed GRAS (generally regarded as safe) approval from the US Food & Drug Administration (FDA).

GRAS rating awards typically go to food and herbal products with a history of no known adverse effects. However, canola oil was a new product that had no previous history (although it was associated with a banned product known for having lethal side effects). On the other hand, rapeseed oil was never granted GRAS approval.

A change in the regulation needed to take place before canola oil could be marketed in the US. We still do not know exactly what happened, but GRAS was granted to canola oil in 1985. The rumor mill churned such tales citing that the Canadian government, as a result, had a $50 million deficit in their coffers.

Originally canola oil was invented through basic laboratory breeding and selection techniques.  Nevertheless, in 1995 a major alteration launched a canola that was genetically engineered to contain bacterial DNA that would make it resistant to toxic herbicides (Roundup).

Genetically modified crops are a combination of the DNA of two or more different species that cannot naturally reproduce together (like a chicken and a celery stalk). Such “frankenfood” could never occur in nature, even by random mutation. Today, most canola oil comes from genetically engineered seeds that are so far deviated from the natural rapeseed that it can be patented.

Around 82 percent of the world’s canola crops are currently genetically engineered to resist Roundup. Monsanto presently owns patents on the Roundup-Ready canola seed and farmers can be sued for not using the seed or having “unauthorized” canola plants in their fields.

It is also next to impossible for farmers (organic or otherwise) to battle the superweeds that are evolving in reaction to constant massive doses of Roundup.

The Effects of Canola Oil on the Body

The polyunsaturated component of canola is cause for major concern. The oil is extremely unstable under heat, light and pressure, which causes oxidation and releases free radicals inside the body.

Canola oil produces high levels of butadiene, benzene, acrolein, formaldehyde and other related compounds when heated, which become infused with the cooked food. All traces of omega-3 fats are essentially gone.

Moreover, in the chart below you’ll see that canola oil undergoes a heavy duty manufacturing process of abrasive refining, degumming, bleaching, and deodorization, using high heat and questionable chemicals before the final product is created. 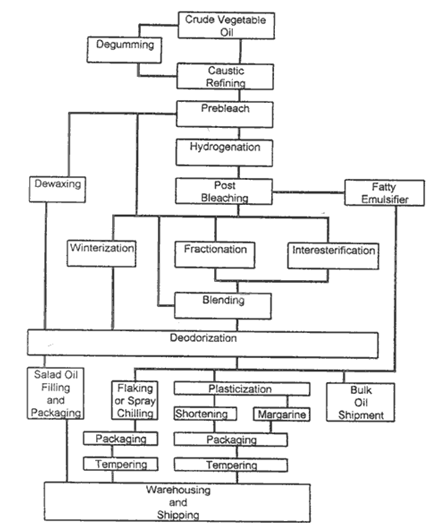 A study released in 1996 by Japanese scientists showed that a special canola oil diet killed laboratory animals. Reacting to the unpublished, but verified and alarming information, the study was repeated by Canadian scientists this time using piglets and replacing milk with canola oil. In 1997, Nutrition Research published the second study results, where researchers verified that canola oil drained vitamin E from the piglets to hazardously low levels.

Vitamin E must be in the body when eating processed fats because it controls the oxidative degeneration of lipids and blocks free radicals from invading the cell membranes.

To Sum it All Up

If you have watched any of The Quest For The Cures docu-series, one thing I hope you learned is that you want to eat foods as close to nature as possible. The caustic manufacturing process of canola should alone be enough to cause you to avoid this toxic oil.

In addition, canola oil inflames your body with foreign, genetically engineered DNA, trans fats, and toxic chemical residues. It is also a plague on the environment and a threat to organic farming and should be avoided.

Recommendations for Healthier Fats and Oils:

If you haven’t noticed already, you will see that canola oil is used in almost all prepared foods at health food stores. Please speak out to the owners, when possible, to see if they will switch to a healthier oil or use no oil at all. Most importantly, please share this critical information with friends and family.

Read more about the Health Concerns of Canola Oil: