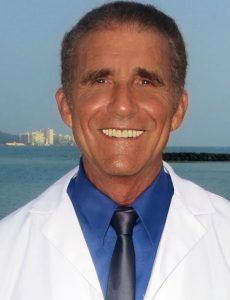 More than 50,000 viewers saw what Google/Youtube, FACEBOOK, and Vimeo censored–Horowitz’s production of Coronavirus Predictive Programming. (This is now exclusively showing on RevolutionTelevision.net.)

In Part I titled “The Cult,” (also shown exclusively on RevolutionTelevision.net due to widespread censorship and ‘blacklisting’ of the doctor’s works) the doctor presented the relationships between the COVID-19 CULT, Bill Gates, Anthony Fauci, vaccine developments, the ‘reality-challenging’ media, ‘spirit-cooking,’ and the medical cult indoctrinating syndicate. This “racketeering enterprise” has aided-and-abetted the obvious ‘bioterrorism’ and COVID-19 BIOCRIME administered in alliance with the corporate-controlled media and bribed (or extorted) politicians.

In this Part II of COVID-19: The Coup, you witness the COVID-19 BIOCRIME underlying officials’ response to the virus that appears to be disproportional to the actual size of the biological threat.

“We’ve had flus in the past,”Dr. Horowitz explains, “but we’ve never seen them shut down civilization and the world’s economy.”

This extraordinary and disastrous reaction to a virus with such a low morbidity and mortality rate is unreasonable UNLESS Horowitz’s analysis in Part I is accurate: That is, that COVID-19 is a BIOWEAPON with a long incubation period sourcing from an Anglo-American-Asian lab network falsely blamed exclusively on China.

The COVID-19 virus is a “mutagen,” or highly unstable viral recombinant with HIV genes and spike protein structures enabling human-to-human transmissions.  Prompt recoveries in the vast majority of people infected who develop antibodies may not be emancipating. A slow “latent” incubation period is seen with AIDS and the newly emerging evidence of COVID-19 RELAPSE. Viruses continue to be reproduced within infected cells. This infection ultimately weakens the immune system so severely people die of “medical complications.” 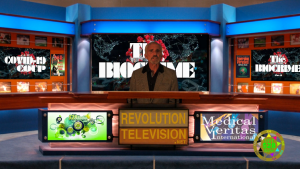 Dr. Horowitz alone scientifically-documents facts that raise the high probability that the COVID-19 virus acts like “aerosolized AIDS.” There may be a 3-7 year incubation period for severe immune suppression following acute infections and recoveries.

And that’s not the worst of it. The Coronavirus-SARS-HIV-1-malaria ‘recombinant,’ being a lab creation, is highly unstable. Its splices did not come naturally. “The virus did not evolve over millennia and thereby stabilize,” Dr. Horowitz notes. “This means the circulating pathogen is a ‘mutagen’ capable of picking up more deadly genes from other circulating viruses.”

Consequently, COVID-19 is here to stay and even get worse as it recombines with various other (potentially deadlier) viruses. These scientific facts mortally threaten civilization most unconscionably.

Dr. Horowitz notes that only under these dire circumstances might officials’ response through censorship and ‘fraudulent concealment’ of experts’ scientific consensus be reconciled. Only then can citizens realize the real ‘public health’ justification for drastic worldwide impositions such as economic shutdowns, social distancing, and mask-wearing, and deprivation of human rights, civil liberties, life, liberty and the pursuit of happiness.  All of these “norms” are being restricted, and can only be reconciled by the deadliest of outcomes. This alone best explains the suppressed science further evidencing the COVID-19 BIOCRIME.

Albeit, this explanation and analysis of facts and harsh realities do not legally, ethically, or morally justify the Deep State’s actions, including censoring these unfathomable truths. “Imposed fascism, regardless of its justification, is unconscionable,” Dr. Horowitz insists. “Shutting down the economy and public gatherings, social distancing, and imposing mask-wearing, closing schools, beaches, and sports assemblies, is totalitarian even under the presumed urgency.”

Indeed, officials’ unprecedented response to this ‘flu’ extends far beyond lacking transparency, common sense, and the apparent fraudulent concealment of the lab virus origin and future damage expected from the outbreak.

Even assuming ‘arguendo’ that the worst COVID-19 scenario is unfolding, “the facts do not justify the unfolding circumstances,” Horowitz insists. “There is a genocidal globalization depopulation agenda most obviously aided-and-abetted by COVID-19 and all the facts in hand.”

In this revealing, actually astonishing, segment, Dr. Horowitz considers the worst case scenario. He asks you, his audience, to answer a series of questions piercing the veil of injustice and treason. That millions or even billions of people may eventually die from this “novel” infection. “What then?”

“What is life worth when death is everywhere, and life-saving systems are overwhelmed, including natural immunity and medical remedies?” the doctor asks. He refers you to the Bible’s Psalm 91 for life-saving and soul-empowering guidance.

The COVID-19 BIOCRIME Demands Your Defense

“Live Free or Die” affirms New Hampshire’s motto and Hannity’s new book title. Horowitz leverages FOX News, like the rest of the “fake news” media, that got it “wrong, wrong, wrong” while broadcasting COVID-19 propaganda. All of this contributed to the ‘fake news media.’

Alternatively, the doctor provides a convincing case that those “awake” and aware of the COVID-19 BIOCRIME must now choose to resist the sickening, enslaving, and facist agenda. The criminal mischief includes imposed “testing– that enables ‘DNA gathering.’ Add to this totalitarian threat genetically-mutating ‘fast-tracked’ vaccinations. The new mRNA vaccines are designed to leverage the AIDS-virus ‘spike protein’ segments on the coronavirus mutant; then mutate human DNA resulting in people becoming, literally, “GMOs”. This terminally alters God’s ‘human genome.’

Horowitz interject’s Sting’s musical lyrics and affirming love for God, “I never saw no miracle of science, that didn’t go from a blessing to a curse.”

Ultimately, Horowitz asserts, the “global elite” are acting to profitably secure their “interbred families” wealth and power, and ‘normalize’ New World Order totalitarianism, by ‘transhumanizing’ civilization. Ultimately, this means connecting survivors’ brains to The Cloud, as Elon Musk, Bill Gates, and Peter Theil have financed and conspired to do militarily along with Jeffrey Epstein’s Deep State cohorts funding the neuroscience’ ‘Media labs’ at MIT, Harvard, Stanford, and Johns Hopkins University; the latter being the lead provider of COVID-19 statistics.

Finally, Dr. Horowitz contrasts the assault on the “natural healing arts and sciences” that provide “natural cures” for all diseases, versus the medical impositions sickening, addicting, and killing people with “COVID-19” and many other “man made” diseases.

“If this virus emerged ‘naturally,’ as Dr. Anthony Fauci defended, then” Dr. Horowitz argues, “deaths are a ‘natural’ outcome of our ‘free living’ and cures are best administered naturally.”

The doctor asks that you share this link liberally with others, especially since his works are being “heavily suppressed.”

If you do a Google search on Sherri Kane, you will probably notice she has been widely defamed by the Troll Triad and their “socks”–a seemingly large group of racist, anti-Semitic, and sexist men who obviously feel their lives spent on the Internet libeling her is a profitable pastime.

Here are some political reasons why:

Sherri does not hesitate to investigate, analyze, and vet the dark world of government and intelligence agencies’ corruption, and agents’ complicity in organized crimes. She refutes the propaganda published to manipulate and damage people, and exposes what is being concealed by the FBI/CIA’s COINTELPRO (that was supposed to have stopped abusing people and depriving human rights in 1976 by Acts of Congress). Sherri delves into conspiracy realities so dark that very few people dare to study them.

For instance, you may have heard of the political fracas involving certain members of Congress, a high ranking official in the Republican Party, and the mysterious disappearances and abuses of children at “Boys Town” in Nebraska, called “The Franklin Cover-up.” Thanks to Ms. Kane’s heroic investigative reporting, the matter has now been exposed as “The Franklin Double-coverup.”

You may recall the Gulf Oil Crisis, maybe even the extensive coverage Jesse Ventura and TruTV gave to the “Conspiracy Theory” implicating Halliburton, BP, and TransOcean in the intentional explosion and environmental devastation in the Gulf of Mexico. Ms Kane sourced the story and appears in the segment.

Ms. Kane is the Vice President of Medical Veritas online journal, has published works in newspapers, magazines and many websites, and has been interviewed worldwide including on Al Jazeera’s A9 Turkey, The Veritas Show, the BBC’s Talk Radio Europe, Late Night In The Midlands, WAC Connecticut, LA Talk Radio, and many others. She co-hosts the Hollywood Spin series of film reviews with Dr. Horowitz viewed on RevolutionTelevision.net.

Sherri is currently collaborating with Dr. Horowitz on various projects including Healthy World Organization (HWO), the alternative to the corrupt World Health Organization (WHO), HealthyWorldAffiliates.com, and advancing the power of “528 Hz” frequency for global healing, as experienced at 528Records.com,  528Radio.com, and 528Revolution.com.

For their work together exposing devil-doing operatives in the media, Dr. Horowitz and Ms. Kane were christened “The HOROKANE” by their detractors.