WHAT TRIGGERED THE INVESTIGATION OF FBI/CIA AGENT TED GUNDERSON BY SHERRI KANE AND DR. LEONARD HOROWITZ?

The plot was hatched in 2007 immediately following Horowitz’s publication of LOVE: The Real daVinci CODE. In the book and documentary DVD, the doctor heralded the end of Illuminati control based on discovering the real da Vinci code. That revelation has already prompted the 528LOVERevolution, exploding globally, risking the oligarchy’s control over geopolitics and economics.

Horowitz was, thus, seen as a serious threat to be discredited, or otherwise neutralized.

To discredit Horowitz, one of Gunderson’s CIA/FBI COINTELPRO agent provocateurs, Greg Szymanski, J.D., (alias, Eric Samuelson, J.D.) forged Horowitz’s name onto a Knights of Malta list, that included some of the most hated people in government, including Kissinger, J. Edgar Hoover, Colby, David Rockefeller, and many others who “dissidents” consider dangerous. The purpose of COINTELPRO is to neutralize dissidents, and Horowitz is considered one.

Szymanski worked with Ott, White, Millar, and former Forbes editor, Benjamin Fulford, to create and circulate the libel against Horowitz. Another Church of Satan-linked “Bible Believer’s” Gateway Church in Canada helped spread the character assassination of Horowitz, targeting him for hate crimes.

Journalist Kane responded to Horowitz’s appeal for help in investigating the agents and discerning their plot. Soon, Szymanski, White, and Ott were harassing Kane and consulting Gunderson.

Further investigations showed the same gang had persecuted more than a half dozen journalists, mostly women who were compromising Gunderson’s network. Gunderson’s gang was implicated in two assassinations of government whistleblowers, Don Harkins of the Idaho Observer, and Edward Harle in England.

Dr. Horowitz, who knew Gunderson personally, was shocked to learn that he directed the network of agent provocateurs libeling him.

“I thought Gunderson was ‘good guy,'” Horowitz said. “It is stunning he lied about his marriage to LaVey’s ex-wife, and his association with Aquino all these years. His appearance and poor performance with Aquino on Geraldo makes perfect sense now.  His links to satanism, disinformation, and the CIA/FBI’s COINTELPRO implicates higher ups from Capitol Hill to the Vatican.”

A Vatican involvement was expressed by John DeCamp, Gunderson, and his chronies. DeCamp, in fact, admitted during a videotaped interview having high level Vatican connections that provided the opportunity to discuss “the problem” of widespread pedophilia with the Roman Catholic Church’s Cardinal Ratzinger, later elected Pope. Ratzinger told DeCamp that the problem “was out of control.” Pressures were then brought on the Court, that helps to explain why DeCamp simply said, “the judge threw it out, dismissed, let out the Church and the priest” guilty of pedophilia in the Archdiocese. 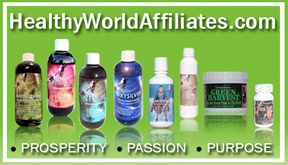